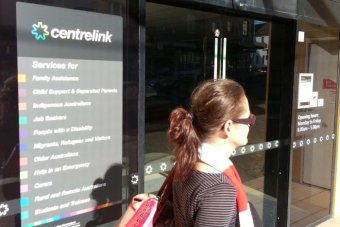 The Bureau of Statistics has downwardly revised May’s unemployment rate to 5.9 per cent, meaning that June’s 6 per cent rate was a slight increase.

However, 24,500 full-time jobs were added, more than offsetting a 17,200-strong decrease in part-time positions.

Economists were typically expecting no jobs to be added and unemployment to edge up to 6.1 per cent in a survey by Bloomberg.

The ABS also said that the proportion of people in work or looking for it – the participation rate – increased less than 0.1 percentage point to 64.8 per cent.

In a further positive economic sign, the number of hours estimated to have been worked by Australians last month rose 0.3 per cent.

The Commonwealth Bank’s chief economist Michael Blythe said they are a “decent set of numbers” and look fairly reliable because they match positive job ads figures over many months.

“It’s come out on the plus side, just enough to keep the unemployment rate where it is and sustain that shallow downtrend we’ve seen since last October,” he told Reuters.

“It shows the economy is in reasonable shape despite the many concerns out there at the moment.”

However, the Australian dollar remained largely unmoved at 74.1 US cents by 11:43am (AEST).

Amongst the states and territories, South Australia now clearly stands out as the worst state for unemployment at 8.2 per cent, a big jump from May’s figure of 7.6 per cent.

The state, currently hit by the progressive shut down of Holden’s car manufacturing and uncertainty over the future of its ship building industry, has recorded its highest jobless rate since February 2000.

Mining-dependant Western Australia also saw a steep jump in joblessness, which rose from 5.1 per cent in May to be equal with New South Wales at 5.8 per cent in June.

“We’ve even seen a slight reduction in youth unemployment, which is particularly pleasing and in Tasmania now since coming to government, we have had an increase in employment of 9,700.”

However, the Opposition’s employment spokesman Brendan O’Connor says the figures are “damning.”

“There’s in fact 67,900 more people lining the unemployment queues in this nation since the election,” he responded.

Share with your friends:
Tweet
How Can HR Managers Promote Women Leadership in an Organisation? Why do companies outsource payroll functions?