Want to know why your staff don’t trust you? Check your phone

Want to know why your staff don’t trust you? Check your phone 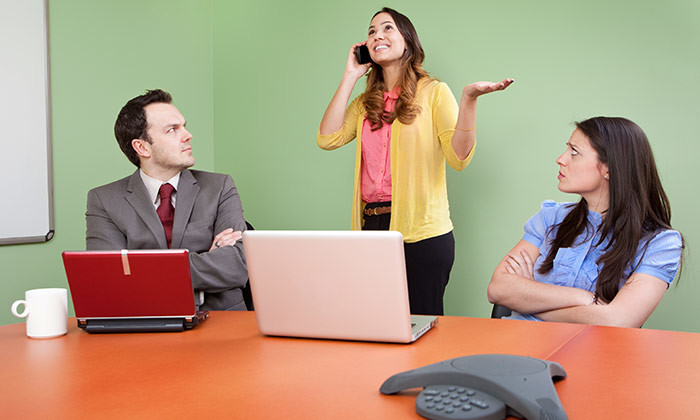 Do you feel like your staff don’t trust you, can’t express their innate selves in front of you and are less satisfied with their jobs in general?

If so, you might be guilty of ‘phubbing’ them – a term used to describe the practice of looking at your phone in a social situation instead of giving someone your full attention.

Research by Baylor University’s Hankamer School of Business has found that phubbing people is, in fact, not just negatively impacting our romantic relationships.

Surveying approximately 200 U.S. adults, researcher James A. Roberts stated in a blog post that phubbing employees is securely ensconced at work and is wreaking havoc on workplace relationships and productivity.

“When reported ‘boss phubbing’ increased, employees expressed less trust in their manager. Phubbed employees were less likely to feel they could trust their supervisor to keep the promises he/she makes or trust their ‘supervisor will treat them fairly.’

ALSO READ: Your smartphone is ruining your career

“This lack of trust led phubbed individuals to be less psychologically available to perform their job since they felt they did not have adequate managerial support, tools, or information.”

He added a phubbed employee’s psychological safety was also imperiled by such behaviour.

They were less confident that they could reveal their true selves without fear of negatively affecting their sense of self-worth, job security, or career path.

Furthermore, Roberts found employees were less satisfied with the opportunities available for advancement and less loyal and proud of their organisation overall.

Share with your friends:
Tweet
Is this the worst part of working from home? Unilever Asia outshines at HR Excellence Awards 2015, Singapore