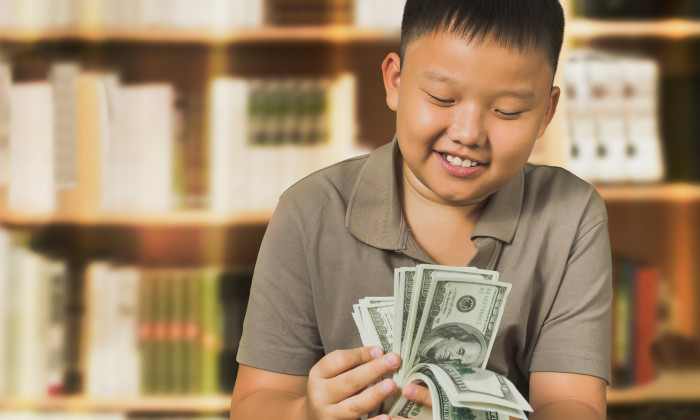 Any business leader will tell you that it is naive to think that the world is fair, but how unfair is the world when it comes to recruitment?

New research by the Social Mobility and Child Poverty Commission in the UK reveals wealthy kids are 35% more likely to become high earners than clever, disadvantaged young people, even if they are not academically gifted.

Alan Milburn, chair of the commission, called the findings a “social scandal”.

“Employers need to step up to the plate by ensuring that internships aren’t simply reserved for those with the right social contacts and that recruitment processes aren’t skewed to favour polish over potential,” he told the The Huffington Post.

More advantaged parents are able to secure educational opportunities to help their children overcome their lack of ability and overtake their poorer peers.

And, when it is time for children to enter the job market, parents will help them with internships and job offer with informal social networks.

ALSO READ: Do the rich deserve to be rich because they work harder?

Well-off parents using their personal network to influence the careers of their children is nothing new.

Earlier in the week, The Wall Street Journal broke news about head of Hong Kong’s stock exchange, Charles Li allegedly helping children of Chinese officials and clients get jobs at J.P. Morgan Chase & Co when he was working there.

This findings agree with the concept of “don’t let your children lose at the starting line” popular among Hong Kong parents.

These vacancies are more likely to be secured by children of middle-class families whose parents have “connections”.

On the contrary, sectors like wholesale, retail and import and export trades, restaurants and hospitality sectors that require a larger workforce create relatively lower income growth are the jobs that graduates from under-privileged families will likely find themselves in.

ALSO READ: The hardest jobs to fill in Hong Kong

Like the UK, the study agreed that access to higher education is the key to climbing up the social ladder.

The findings show that in 2011 the proportion of higher income group for people who attained tertiary education (40%) is larger than the working population with a lower level of educational attainment (7%).

Similarly, the proportion of higher income group for people with degree or higher qualifications (48%) is more than those with sub-degree or equivalent qualification (21%).

In other words, young people with higher academic achievements will obtain higher earning power after years of working, and can climb up the social ladder.

Although education is important for young people to boost social status, less privileged students in Hong Kong often find themselves in debt as soon as they graduate.

The study showed that the monthly income of fresh sub-degree graduates is about HK$10,000 at the initial stage and less-privileged graduates spend up to 10% of the income to repay the loan for  university tuition fees.

While the situation with low income for sub-degree graduates is a problem for graduates across classes, the tuition fee debt is a heavy burden that middle-class children do not have to deal with.

Managers are well-aware of the existence of the Fuerdai – “the second generation of the rich” and princelings in their office, but how they are affecting productivity and staff morale is perhaps a taboo subject no researchers can get their hands on.

ALSO READ: Are degree holders no longer an elite group in Hong Kong?