What happens when you strip employees of their perks?

What happens when you strip employees of their perks? 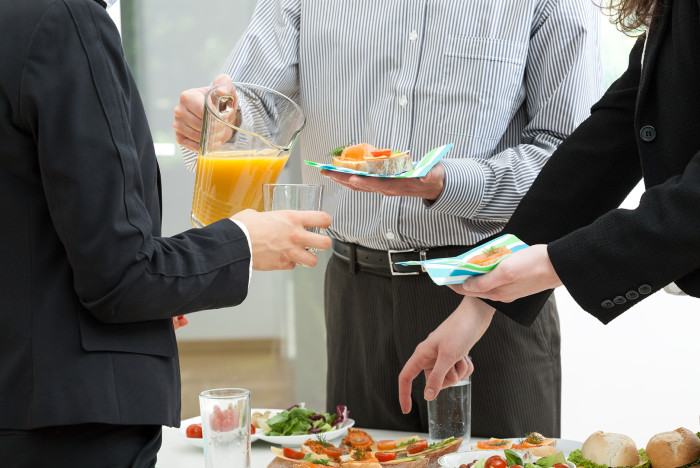 If you are considering axing the monthly bill on chocolate and chips and soft drinks in order to go in-line with the company’s budget cut, think again.

Staff who are not getting their share of bites in the office are going to get it themselves.

A 2011 study by Staples found that half of all workers left the office to get snacks at least once a day, with some people making as many as five trips to get their munchie fix.

Snack runs account for 2.4 hours billion hours in lost productivity in the U.S., according to the study.

“If people had food there, they are likely to stay longer. You have higher productivity,” Ken Oehler of Aon Hewitt told Bloomberg.

Cutting something so visible can send a loud, shrill signal to employees.

“There’s an old saying where they say the goal is to pluck the feathers from the bird with the least amount of squawking,” said Andrew Chamberlain, chief economist at Glassdoor.

Despite the clear logic, not many employers are willing to spend on snacks, especially for those who are eager to save money.

Last week Sprint ended the era of free office snacks for its employees. The move saved  $600,000, an insignificant amount to the $2.5 billion budget slash that the struggling telecom hopes to get.

ALSO READ: What happens when staff compare how their office pantry stacks up

“They would never have given the snacks to begin with if they didn’t think it was helping boost productivity somehow,” said Chamberlain.

And Sprint is not alone on making such short-sighted moves,  Kraft yanked its free cheese sticks and Jell-O cups in July as part of its budget cut plans.

The cost of shedding free snacks goes beyond lost productivity.

“These small perks, they may be small in dollar amount, but they can be highly symbolic.  They have this image as a gift; pulling it away can have a psychological effect that far outstrips the dollar amount,” said Chamberlain.

He suggested cutting contributions to employee retirement plans is a better way to cut cost because it is less visual. On the other hand, an empty pantry is a constant reminder on employees that the company own them something.

Oehler agreed that taking away free food can caused a big deterioration in engagement that the cost savings couldn’t be justified. “Even though it might not be a lot of money. The question is, are you getting the ROI on snacks?” he said.