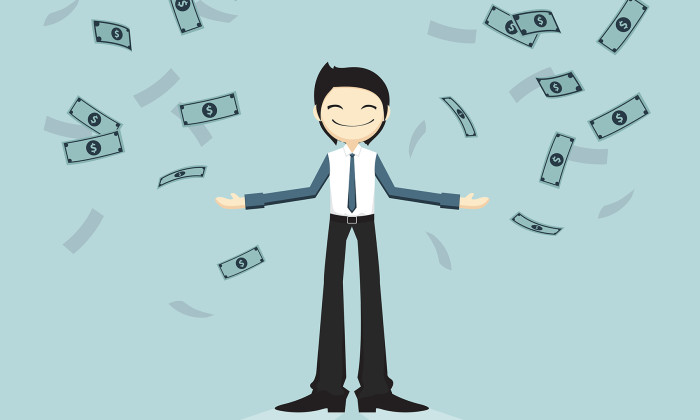 His business co-founder (who is also his brother) filed a lawsuit against him, and his clients doubted his methods – but all that did not scare Dan Price, CEO of the Seattle-based  credit card payment processor Gravity Payments from paying all employees to at least US$70,000 a year.

Many thought Price was being too generous when he announced the  pay raise in April this year but six months later, the financial results are starting to come in.

Revenue has grown at double the rate after the raises began and profits have also doubled since then.

On top of that, the company’s customer retention rate rose from 91 to 95 % and only two employees quit. Two weeks after he made the initial announcement, the company was flooded with 4,500 resumes and new customer inquiries jumped from 30 a month to 2,000 a month.

Price had been paying salaries according to the market rate until a staff stormed in and told him “You’re ripping me off,”  in late 2011.

The whole plan was set to cost the company $1.8 million. To help cover the expenses, Price cut his own pay from $1.1 million to $70,000. He vowed not to fire employees, raise prices, or cut executive pay further to make it all work.

“Most people live paycheck to paycheck,” he told Inc. “So how come I need 10 years of living expenses set aside and you don’t? That doesn’t make any sense.”

While the raises came with a cost, profit still rose as much as the year before thanks in part to a 30 to 40% productivity increase.

Price’s decision to offer salaries way above the market rate is well-supported by various researches by economists.  The researches showed  when major American companies raised pay, it increased productivity and performance, enhanced customer service, reduced turnover, and attracted better job candidates, all of which can lower costs and increase sales.

Yet most employers choose to let the market dictate the salary with little regard on quality of life of staff.  In Hong Kong, inflation is forcing most people to tighten their belts because the modest pay raise fails to keep up with the booming cost of living.

Share with your friends:
Tweet
The top 15 richest countries in the world How close is HR to becoming a strategic business partner?