Will using humour at work make you a better boss?

Will using humour at work make you a better boss? 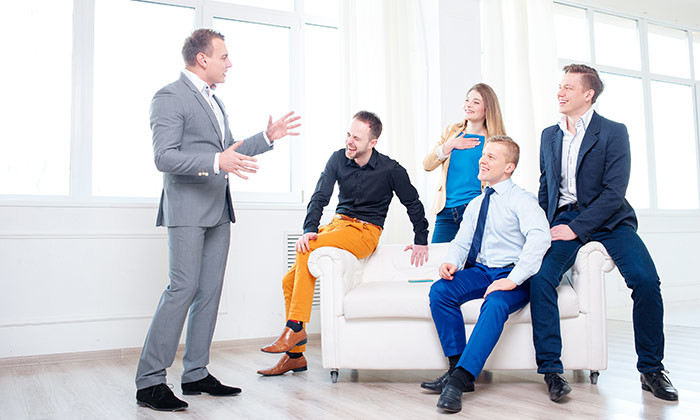 Just like sarcasm, tickling your employees’ funny bone might work to help boost productivity in your office.

But that is, only if you’ve maintained good relations with them in the first place.

“Generally, people think that positive humour, which is inclusive, affiliative and tasteful, is good in leadership, and negative humour, which is aggressive and offensive, is bad,” said Christopher Robert, associate professor in the Department of Management in the Robert J. Trulaske, Sr. College of Business.

Robert added that however, when the leader-subordinate relationship is bad, both negative and positive types of humor are associated with lower job satisfaction.

To test their theory, Robert and his team developed two sets of matched questionnaires, one for leaders and one for their subordinates. Researchers analysed responses from about 70 leaders and their 241 subordinates in 54 organisations.

ALSO READ: Why bosses should make fun of themselves

“The findings suggest that if leaders wish to integrate humour into their interactions with subordinates, they should first assess whether or not their subordinates are likely to interpret their humorous overtures positively,” Robert said.

Robert also suggested that these results have implications for leaders’ strategic use of humour.

Robert cautioned that a high-quality leader-subordinate relationship doesn’t necessarily give leaders free reign to use any type of humour in any context.

He added that jokes that leverage racial or sexual stereotypes may not be accepted positively by subordinates in all cases, and large amounts of negative or aggressive humor might be unacceptable.

Share with your friends:
Tweet
4 proven ways to get the most out of your work break How HR tech enables better assessment decisions