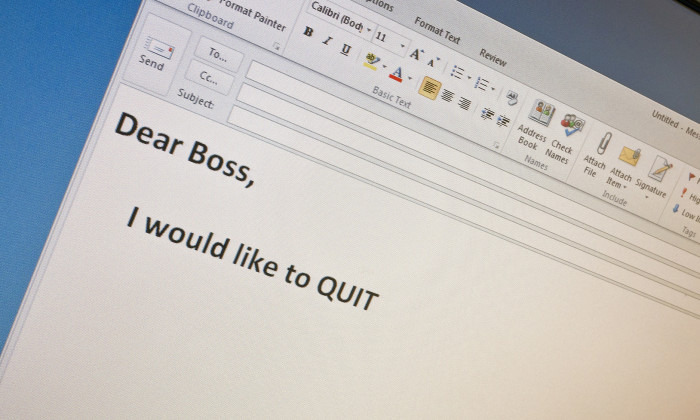 This year, many people will be closely following the mantra, “New year, new job.”

In fact, a new report by CareerBuilder found 21% of employees are pledging to leave their current employers in 2016. This figure is a 5% increase since last year (16%).

Among younger workers however, the numbers are starker.

To keep their resolution to find a new job, 34% of employees are regularly searching for job opportunities, even though they’re currently employed — a four point increase since last year (30%).

The national survey was conducted online by Harris Poll on behalf of CareerBuilder from November 4 to December 1, 2015, and included a representative sample of 3,252 workers across industries.

“Because of this, it’s critical to keep up with your employees’ needs and continue to challenge them with work they feel is meaningful.”

Aside from finding a new job, the top New Year’s resolutions that workers say they’re making for the office this year are:

Thankfully, the survey also delved into what staff could do to avoid retention rates of their companies from taking a hit.

When asked what factors rank as more important than salary when considering a position, employees said job stability is the most important (65%), followed by affordable benefits at 59%.